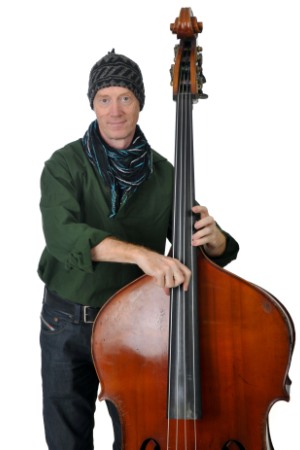 Jub (Andrew Davis) is one of the most sought after bass players on the classical and contemporary scene. He co-founded the Kreisler String Orchestra which won the 1986 Jeunesses Musicales competition, and has played with the London Mozart Players and English National Opera. He played with indie pop group The Band of Holy Joy and has worked with Youssou N’Dour, Tanita Tikaram, Abdullah Ibrahim, Loose Tubes, Brian Eno and Sting. He has undertaken world tours for choreographer Hofesh Schecter and taken part in the collaboration with Anthony Gormley on mixed media and physical theatre production ‘Survivor’.