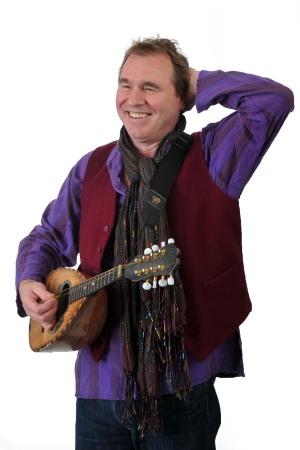 Steno began his career with rock band Kashmir and folk rock band Chanter. With a talent for words he was drawn naturally to the theatre and worked as musical director with Leicester based company Bamboozle. He has devised the show Magical Mishaps for the Dearngate Theatre Northampton and appears frequently as a workshop leader at festivals. Several of his songs have been recorded by Maddy Prior and The Carnival Band.